It’s been 58 years since Wales has played in a major football tournament, and we at Fair Trade Wales will be cheering all the way!

Football unites people from all over the world, and has often highlighted important issues in world justice, such as the great work by Show Racism the Red Card. There are lots of ways to make your Euros experience as fair as possible, such as having Fairtrade snacks, buying Fairtrade footballs, and getting involved in our competition. If you want to get your school involved, also look below for details of Wales’s Fair Trade in Football campaign.

There are loads of Fairtrade snacks and drinks available in the supermarkets, by specialist Fairtrade shops and online. For watching the footy, we’re particular fans of Ubuntu Cola, Liberation Nuts snack packs and if you are a beer lover try World Beer Award Gold Winner Mongozo Beer in Buckwheat and exotic Coconut and Mango! 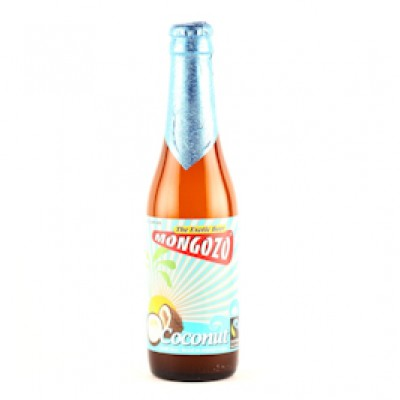 Almost half of the world’s footballs are hand stitched in Sialkot, Pakistan. Around 40,000 people work in the city’s football making industry, producing tens of millions of footballs annually for multinational companies such as Adidas – providers of the Euro 2016’s official footballs. While production of footballs is the driving economy of Sialkot, the industry has a long history of poor working conditions and low pay. In a sport where top players can earn over tens of million of pounds annually, there is a responsibility to protect workers receiving a low pay. Bala Sport is a UK company that produces Fairtrade Footballs.  Fairtrade guarantees that the men and women who make the products are paid a fair wage, benefit from fair working conditions and receive an additional Fairtrade premium used for social, economic and environmental development projects that typically include free healthcare and educational projects for workers, their families and the wider community. For more information on the international standards of Fairtrade footballs, have a look here.

You can buy Fairtrade Footballs from three places in Wales- Fair Do’s Siopa Teg in Cardiff, Kingdom Krafts in Llandudno or direct from the Fairtrade in Football campaign. Alternatively you can also order directly online from Bala Sport.

Rainbow Turtle, a Glasgow based organisation has written a great blog about how Fairtrade Footballs helps support families.

Muhammad Younas who lives in Wales, is originally from Pakistan and has a lot of knowledge about the reality of life for those in the football industry in Sialkot. Click here to find out how he can come and talk to your group, organisation or school.

Wales is home to the Fair Trade in Football campaign. Started by Sharron Hardwick, long-time Football and Fairtrade supporter in 2013, the aim of the campaign is to raise awareness in schools and football clubs about keeping fit, and playing fair.

This year to celebrate the European Championships, the Fair Trade in Football campaign are running a Fairtrade Euros schools championship on Friday 24 June. 12 participating schools will represent a different qualifying country for this years European Championship. A draw has been taken to see which school represents each country.

The Fairtrade Foundation have also been investigating footballs and have made a great video.

Playing Fair: The Story of Fairtrade Footballs from Fairtrade Schools on Vimeo.

If you’re a school or club interested in getting involved and want support through ideas, tournaments, assemblies, workshops and Fairtrade footballs, then get in touch.